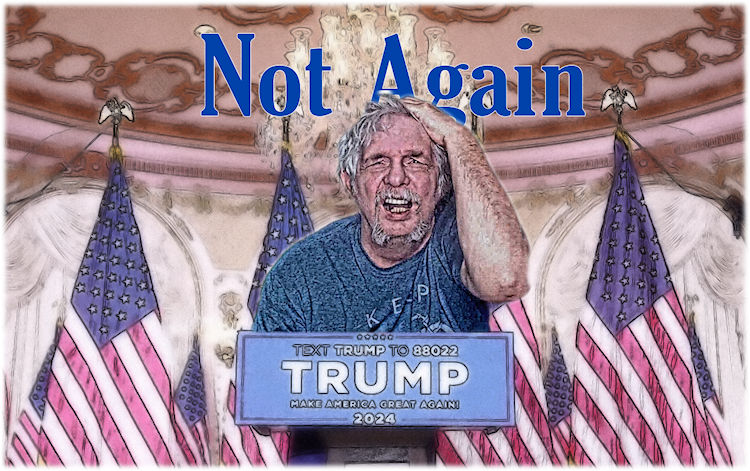 Mid-terms are over, but with trump announcing a week later his third presidential run, I’m not going to get any rest from the babble that’s comprised of text messages, robo calls and endless flyers. Please lord, let no one in their right mind announce they’re running for office for at least another year. I’d like at least a year of peace and quiet.

I regress, admittingly it ain’t going to happen, this is the new US, 24 hour politics shoved in our face, every day, every minute, whether we like it or not.

There was a time I enjoyed politics. To the point where I actually got involved in local politics, but that was long before Donald Trump. Sure, there were obnoxious morons here and there, back in the day, but none of ‘em held any importance to the future of this nation, so you just kinda laughed, then ignored ‘em.

With trump and republicans losing the last two election cycles, it’s easy to imagine the monsters are retreating to their dark recesses wherever those dark places be. One would think that after the thrashing republicans took, especially after their belief of a huge red wave was proved wrong, that there would be a bit of personal reflection.

But that reflection, ain’t going to happen. If the insurrection didn’t call for reflection regarding ones principles, losing an election or two ain’t going to do it either. Mostly because in their worldview, trump and his republicans have been wronged in a world where they’re always right. Facts and truths don’t matter, they write their on reality, and I might add, republicans are pretty good at it.

Thing is, the only thing is, people like to win, specially if you’re a politician. Winning means power, the more one wins, the more power one has. If politicians win a lot, they own majorities in Congress, as well own the Presidency.

The question is, do the majority of republicans believe trump has a chance of winning? If they do, he’ll be their nominee.

I’m not so sure that’s how it’s going to play out. First, I’d be surprised if any other republican jumps on board the presidential bandwagon in the next year. Most are going to wait and see how the orange dude fairs.

I’m guessing, a guess based in hope, that his base keeps decreasing, meaning that people are getting tired of his repetitive bullshit. I’m kinda thinking he’ll lose again, to anybody the democrats put up, including Biden.

If republicans want a shot at power, all they gotta do is run anyone but trump, but damn, I’m thinking they ain’t going to do what it takes. It’s almost like they enjoy being the victim.