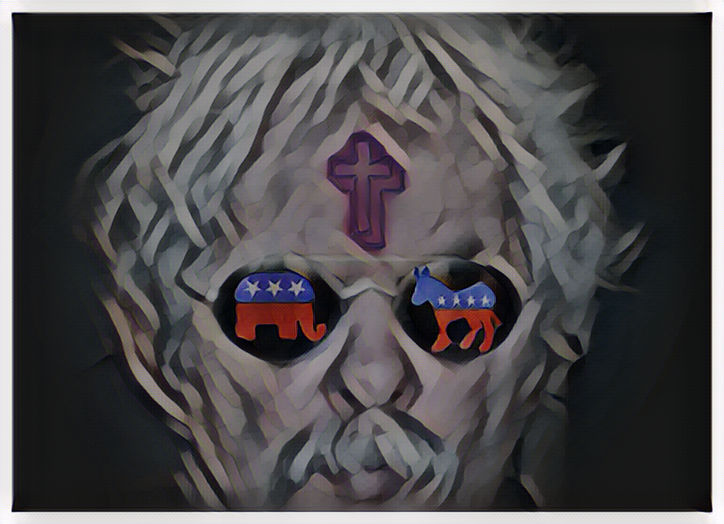 I no longer enjoy politics as that fruit is not only rotting on the vine, as the once fertile soil of American democracy no longer provides the necessary nutrients to survive. Yet like the bright embers of a fire that attracts insects, I can’t help but stare at the runaway train that is our nation, knowing it’s going to end in disaster.

As an old Democrat that stands just a bit to the left of center, I’d like to throw the blame at the feet of Donald Trump, but I can’t. What’s happening in our country today is the result of something that started way before the civil war, perhaps even dating to the birth of this great nation.

An example of what I’m talking about can best be described as an apple pie set out in a room of a hundred people. An eight-inch pie only serves up eight slices, sixteen at best. There’s a lot of people that just ain’t going to get any pie. And damn it, its good pie, the best pie ever made.

There was no pie left, and there were forces laid into the founding of America insuring that, despite our declaration of equality for all, equality was in fact insured for a few rich and white men.

Now I am not going to set here and say, there existed no opportunities for a woman, a man of color, an Asian or a Native American. Many came to our shores and made a life, prospered and earned a semblance of respect. Respect however for one or two does not equate to equality.

The illusion of equality for all, in reality for a select few, is embedded in our founding documents, not in words, but in the behavior, in the actions of those it seems to not only protect but encourage.

Most white, older Americans roll their eyes in disgust at such a notion, after all, who wants to be seen as a racist, especially when their reputations are those of a good Christian. Christianity was a soothing balm for the righteous slave owners especially so in the face of a judicial belief that all men are equal.

That same sense, that very belief in religion that defended outrageous behavior such as slavery still exists today. I’ve seen it in my parent’s flirtation with the John Birch Society (which they readily objected), the moral majority in the last decades of the 20th century, the Tea Party and now Trumps MAGA party.

The Racism and Prejudice that elements of Religion reinforce will always exist. The names might change through the decades, but the intent remains the same.