Home » Finally, the Moon and Beyond 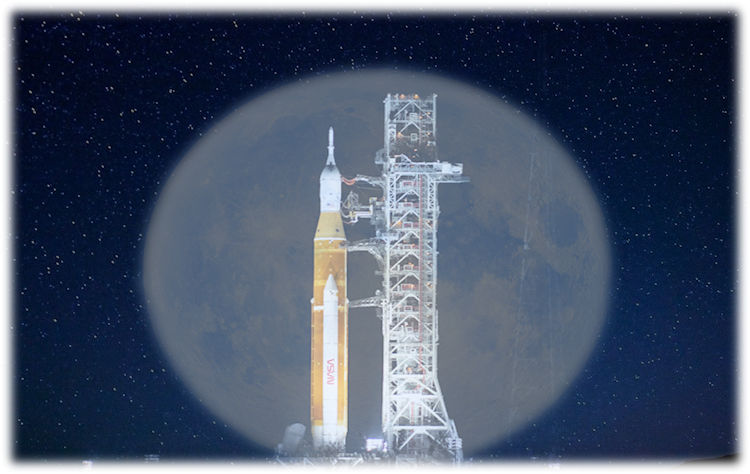 Finally, the Moon and Beyond

Artemis was heavily identified with Selene, the Moon, and Hecate, another moon goddess, and was thus regarded as one of the most prominent lunar deities in mythology, alongside the aforementioned two. Artemis is also the twin of Apollo, hence an appropriate name for NASA’s next attempt at landing not only a man, but a woman on the moon as well.

I can’t help but wonder what’s changed in the last fifty years that the aliens who have a massive base on the dark side, are allowing us back. Could be that NASA has some cool, new technology that puts the little grey skins with the big bug eyes, in their place. Whatever boned the hard on to get us back to the moon, new tech shit or not, it’s about damn time. I wanna see some real pictures of Hoagland’s space needle.

Of course, the actual landing isn’t for a few years yet. There’s apparently a lot of technology we have to reinvent cuz the ol’ heavy lifter, the Saturn 5 just can’t be built today. Mostly because all the companies that were contracted to provide parts, ain’t around no more. That, and a lot of the original prints and documents outlining how to make those parts are nowhere to be found. You just have to love efficiency.

So yes, we basically started over from scratch which means we gotta test a bunch of the new systems to get us to the man in the moon, and since it’s been 50 or so long years, that ain’t a bad thing.

As things stand, the plan is to launch, orbit the moon with no crew aboard. Then repeat with a crew on board, but not land and finally, a landing scheduled for 2025.

There is a huge difference between Apollo and Artemis and it’s a huge, mind boggling difference. Artemis is designed for one thing Apollo never was, permanency.  Essentially, Artemis will lead the way toward a manned presence in the moons southern hemisphere and with a space station overhead, a gateway in Lunar orbit that will be a steppingstone to Mars and beyond.

Aliens outstanding, I’m thinking the only thing that’s going to stop humanity from inching out into space is if the entire thing explodes on launch. Then again, if that were to happen, we got Elon Musk’s heavy lifter ready to go.

The truly sad part in all this excitement is that I probably won’t be around to see  permanent manned presence on Mars, and probably not the moon either, so all I got to say is, lets get the show on the road.