Home » Republicans and the Pursuit of Kale 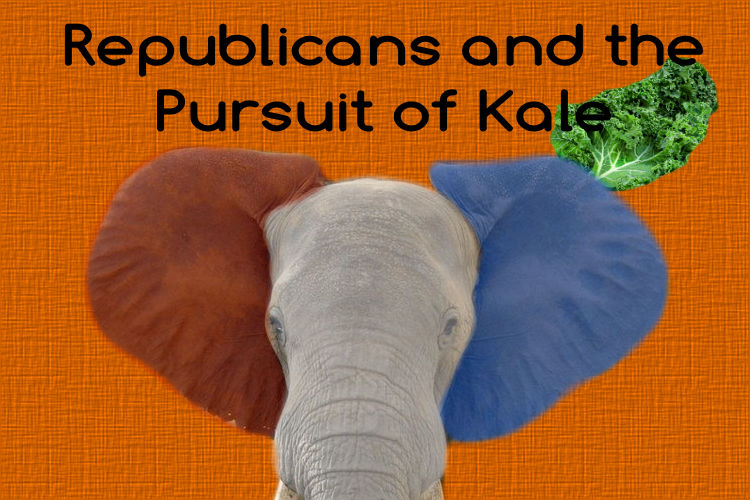 Republicans and the Pursuit of Kale

How do you get people to listen to an opposing argument, much less consider it? I’m a man that’s pretty set in his ways, I eat steak and I ain’t ever going to venture into whatever the fuck Kale and that shit is. Don’t care what the health benefits are, don’t care how tasty a leaf can be. Just ain’t ever, never going to happen.

Thing is, that’s just me, how I was raised, and it’s all attached to who the fuck I am as a human being. Know what else is just me?

I’m kinda like that with Politics too. I’m set in my ways and being an old time Democrat ain’t going to change in the forceable future. Actually, here in Minnesota, we’re DFL, which is a nudge more than just your typical Democrat, being we pay a lot of lip service, and at times, actual service to Farmers and those who Labor.

As old and staid as I am, set in my ways and all, I’m going to tell you, I’m not afraid to listening to an opposing argument. In fact I relish opposing arguments that come in conversations about everything from society and culture to the existence of UFOs and beyond, including politics.

Thing is, if my most significant other cooked a Kale dinner, I’d listen to my wife, and dammit, against my sorrow of a misplaced steak, I’d eat it. But I’d guarantee ya, that would be an iconic event, cuz it’d never happen again. The two takeaways, one, I listened to my wife, and two, I tried it. In full disclosure, I don’t have to worry about my wife insisting on any of the above, she’s far too into Pasta.

Again, that’s just me! Now, there is the outside possibility that I’d never go back to a medium cooked sirloin steak with fried onions and mushrooms after eating a bowl (or is it plate) of whatever the fuck Kale is. Life is weird that way, but it is what makes us grow as people, trying new things.

Thing is, once again, you or nobody else is going to try anything different, anything new unless we listen, which means that in order to listen, you have to be open to other possibilities.

Thus we get to politics via Kale.

I’ve watched the January 6 hearings, missing only about the last 30 minutes of the eighth hearing. And yes, they’re pretty condemning of Trump not only as a President, but as a human being.

Unfortunately, most unfortunately for all Americans, those who need to listen are not listening, don’t care to listen, won’t ever listen. They are simply not open to possibilities. Why?

Because they are far too human, old and caught up in their ways and beliefs, refusing to seek truth, much less a cognizant way forward to our future. Of course, it don’t help when Democrats fall into that damn pit as well.

Guess it just boils down to some people ain’t ever, won’t ever grow as a person and they’re just fine if it means the end of the world. In fact, there’s a couple of people out there that would like to see the world end while in Republican hands.