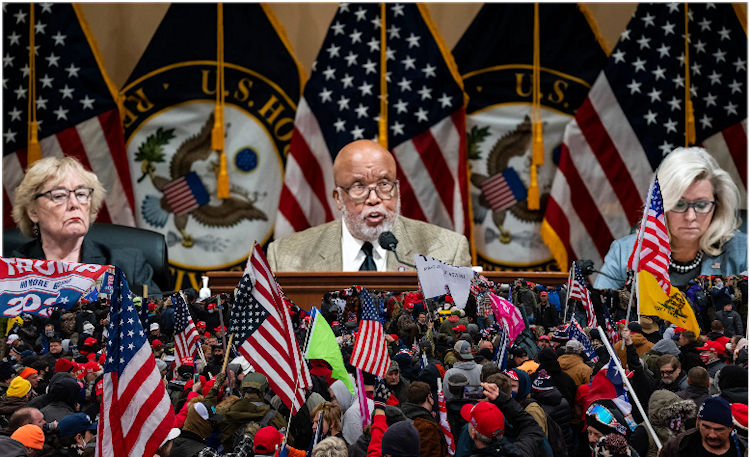 I admit it, I sat thru the house hearings Thursday night. You know, the one about the Jan 6th coup. I had always believed the insurrection was just stupid people blowing off a lot of steam that got out of hand, tragically way out of hand. Yes, I blamed Trump for not stepping forward in calming his followers, and I blamed him for waiting till late in the day to call in reinforcements to protect the capital.

For the most part, I just thought Trumps behavior was due to his incompetence. I believed Trump was just throwing shit at the wall with all his election fraud bullshit, hoping something, anything would stick.

Christ, was I wrong!

Turns out, most people who claimed Bill Barr, Trumps Attorney General resigned for not wanting anything to do with pushing the election fraud, were spot on. Further, Trumps own daughter believed Bill Barr when he told her there was no fraud.

Worse, a lot of Trump supporters like Sean Hannity were texting White House staff that the insurrection was way beyond control, that accusations of a fraudulent election had to stop.

Bottom line is Trump knew he lost the election fair and square.

And to find out, Donald Trump never called the National Guard or Police for reinforcements. Mike Pence did.

The above is just the tip of the proverbial iceberg.

Of course, the big question is, are the hearings going to change anyone’s mind. Probably not. The unvarnished reality is that even Ed Murrow couldn’t change a Trump supporters mind. Most Trump supporters have a vested interest in Donald Trump. Unfortunately, that vested interest runs the gamut from racism to conspiracy with everything weird in between.

All the documentation of facts won’t change a person’s mind, no matter how credible that information is. I don’t understand it. Even when a lot of the documentation is from those serving in the white house at the time. Nuts!

I’m left with wondering who all the republicans were, in addition to Scott Perry, who were asking for pardons.  There’s some irony there, somewhere. That list and the following excuses will be interesting, but I’m guessing I already know a couple of names on that list.

In the long run, I’ll admit that any joy in all this, in seeing people pay a political and judicial price will be short lived. Short lived because I don’t think there will any real justice served, and that’s the tragedy.

Tragedy because I believe coming hearings from this committee will prove Trump tried to overthrow our election, and our Democracy.