Home » When Life is Power 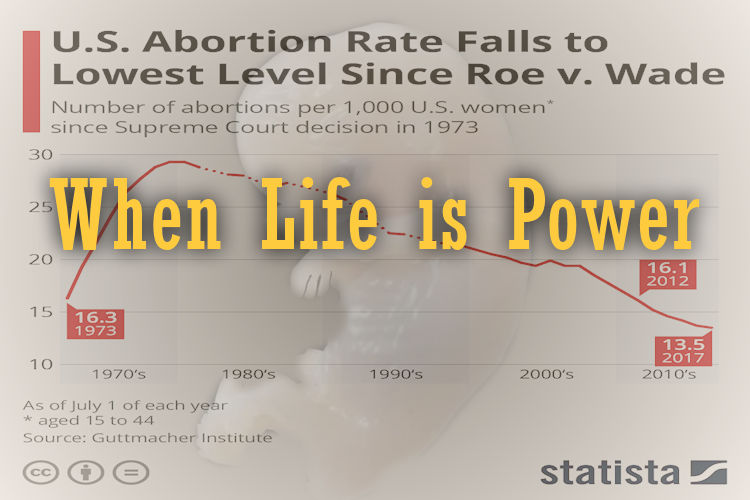 When Life is Power

Like most people, I formed my views on abortion from my religious beliefs and personal experience, both starting points in defining my morals. When talking about abortion, one’s belief comes directly from when they believe human life begins, and thus the agony in having a debate. Unless you’re conversing with someone of the same belief system, there is only disagreement and eventual argument left. Since it is also a question of faith that is born in one’s religious beliefs, the arguments are swift and furious.

It is settled science to say life begins at conception when a zygote is created when a male sperm fertilizes an oocyte, and from there, the discussion dives deep into a rabbit hole of wants and needs, desires and dreams of individuals. Everyone can agree on potential, that a fertilized egg can become a fully functional human being. Indeed, science shows us that at 4 weeks the embryo is the size of a seed, at 5 weeks a little heart starts to quickly beat and at six, facial features and limbs begin to form.

Globally, 90 percent of abortions are performed in the first 12 weeks of pregnancy. In America, less than 10 percent of all abortions happen after 10 weeks. At ten weeks, the embryo is the size of a grape, organs are being formed, but not working.

Life, like a lot of things, is a repetitive process. Sun comes up, night follows, and we follow a linear pattern in our development with glimmers of consciousness and memory at five months and self-awareness at 15 months. Definitions of what consciousness and self-awareness are confusing and mean different things to different people, yet most people tie one or the other to their definition of when life begins.

This is the abortion debate.

What is not debatable is the fact that abortions have dropped, drastically in the US. and are now below the 1973 rate of 16.3 abortions per 1000 women to 2017s rate of 13.5.  That downscale trend happened almost immediately after the passing of Roe VS Wade.

Like the debate itself, both sides claim victory in the declining trend. Pro choice claims better access to medical care, access to contraceptives and counseling were reasons for the decline. Pro life claims individual state regulations are the cause for the decline. Might be that both sides are right. So why not leave all as it is, Roe vs Wade as law, where both sides agree abortions are decreasing. Isn’t everyone winning?

If winning was the outcome that pro-lifers wanted, they’d keep settled law as just that, but it isn’t about winning.

It’s about being right! And having everyone in existence acknowledge that righteousness. One embryo aborted is one too many, and there’s no room for discussion about rape, health concerns for the mother or for the child. It’s black and white. That right to dictate to a woman’s choice is based in religion, that life is precious, given by God, and God alone.

The obvious question is if a woman does not believe in your god, why does she have to follow your belief system?

The answer lies in one word. Power.