Home » The Need of the One 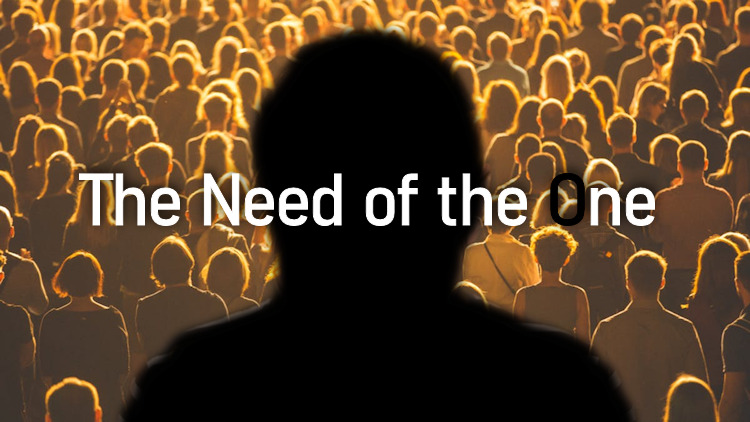 The Need of the One

The Need of the One

Despite drunken revelries, a New Year is cause for reflection, no matter how short lived. From an individual perspective, one looks back at their year, and might decide to change, taking form in a new year’s resolution, which often results in a week of agony before being usually discarded. Looking from a broader view, looking at our society, our culture, it’s a bit different. While there’s a sense of political and social activism that’s deeply rooted in our culture, there are no national resolutions, no set national goals. True, Republicans have their agendas, and Democrats theirs, there simply exists no national goals for the two to work together.

Sure, there are various committees, councils comprised of both parties, but not much of anything seems to get done. Have we made any serious inroads into dealing with poverty, hunger, our homeless?

There is an astounding 42.5 Americans living below the poverty definitions.

I’m not an idiot, I understand the ills of humanity will never be solved anytime soon, especially in today’s world where we all have our personal agendas. When I look out across the broad spectrum of politics, culture, and yes, religion as well, I sense a mantra of ‘The needs of the one, or the few, outweighs the need of the many’.

That mantra is a path to disaster, and we are witnessing it in real time.

Being a die hard liberal, there’s a lot that the right believes in that can serve as a foundation for working together. That belief is muted by both the left and the right by a minority who see no room, nor wish to see a common foundation to work together. Those voices, while truly being in the minority, are given a voice by their respective media platforms.

The coming year won’t see change, not for the better. You and I, the hard-working middle-class people that built this Nation, will not be given a voice. We’ll be left to scratch our heads at the imbecilic notion that the needs of one, outweigh the need of everyone else.

I do not know where the answer lies, if there is one. The solution won’t come from voting, not when people vote strictly along party lines, and almost always for the incumbent. It won’t come from religious leaders who are guided by a fear their religion is constantly under attack, it won’t come from activist’s who fear compromise is a setback and a sign of weakness, and it certainly won’t come from our leaders whose motivations are to concentrate more on their reelection than our welfare.

I’d like to be wrong, but I’m buckling up for a weird, agonizing year.

PrevPrevious2022 The Year to Come
NextTrust?Next