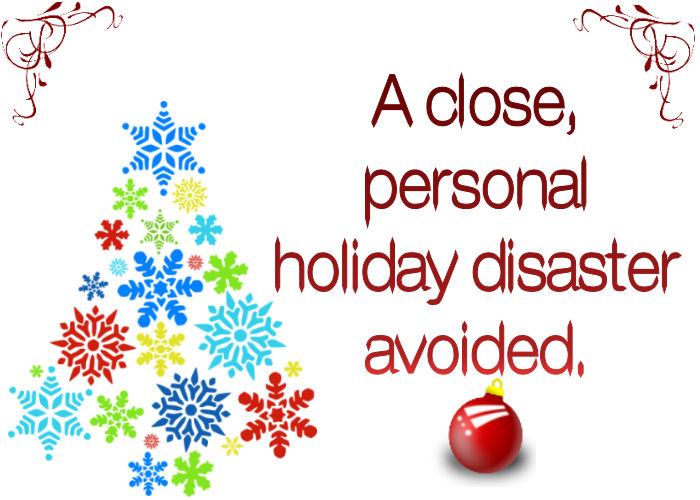 Christmas is a time for bright smiles of children, mistletoe, family cheer and good eating. This particular Holiday season also holds something special for me, forcing reflection and an awful lot of heavenly thanks, because someone was watching out for this old man.

Two weeks ago, I was having my morning coffee, surfing the morning news web, getting caught up on world events as is my usual routine upon waking, when out of nowhere, I lost sight in my left eye for roughly five minutes.

Total blindness. Freaking crazy! Once my sight returned, I breathed a sigh of relief and figured an old childhood ailment had returned. A old country doctor sounded that warning some forty-five years ago that it might.

I was a studly 19, the world ahead my pearl. I was walking along under the bright sun, suddenly, out of nowhere, the vision in my left eye clouded up. I could see, but it was as if I was looking through a frosted glass. I was visiting my parents who lived overseas at the time, which meant I was considered a dependent of a US Government employee, which in turn meant I was medevac’d to the Army hospital in Frankfurt Germany. After a week of tests, there was no cause, no solution and the problem persisted. Upon my return to Liberia, a small west African nation, my parents took me to a Liberian eye doctor who was working at the firestone plantation. Familiar with local diseases, he nailed the diagnosis, and the cause. Uveitis Toxoplasmosis, an eye disease caused by my collection of elaborate bird nests that I had gathered. The prescription he wrote cleared up the fogginess of vision, and he gave me fair warning, it could occur again, suddenly, as I grew aged.

Natural conclusion when I went blind, an old ailment had come back to haunt during the holiday season.

I was wrong, totally.

I had a clot in my left carotid artery. You know, the main vein in your neck that feeds your brain. A small piece of that clot had broken off, finding it’s way into my eye, and luckily, not my brain. An Ultrasound confirmed the blockage, and a CT scan a week later confirmed how bad it was.

Bad enough for immediate surgery. I was a walking time bomb for a major stroke. Scary stuff. I had wanted to wait till after the holidays for the surgery, and my Surgeon advised against that, heightening my concern.

So here I set, home from the hospital, a week before Christmas, sore as hell, a three-inch bold scar along my swollen neck, grateful that I’ve got a few years left.

I am appreciative, yet I can’t stop thinking of the consequences if it had turned out differently. The burden a massive stroke would have placed on those I love, especially my wife.

That would have been horrific.

In a time when the world seems upside down, with Covid, political and personal divisions, I find solace that we live in an age where we have the medical technology and skills to prevent disaster. A large part of that wonderful science is dependent upon individuals paying attention to their problems, seeking answers to concerns, and trusting others with skillsets that have those answers which allow us, as individuals to make important choices in our lives.