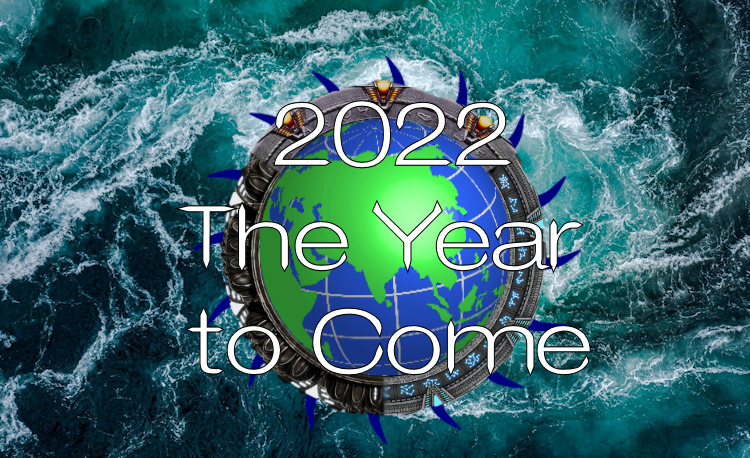 We’re starting the 22nd year of the 21st century.

Setting the stage for the upcoming year will be early revelations in our media that scientists around the world are mysteriously disappearing.

Ancient Aliens will reveal in an early episode that at the turn of this century, a stargate was found buried in the Sahara Desert. Also found was a note claiming the people of Earth would revolt against science in 2021 and all scientists should walk through the stargate or suffer the consequences.

In turn, it will be revealed that the coronavirus was a cruel joke left for the remaining population. The true extent of this joke will be understood when Marjorie Taylor Green announces she has immaculately conceived a new, super-human.

Despite the lack of educated people, the economy will chug along with price increases, gas shortages and increased shelf space at Wal Mart.

Until the economy totally collapses in mid-June.

Contrary to belief, death and destruction does not follow. God will intervene with Manna from Heaven to feed his true believers. The rest of the population learns to hunt, grow gardens and trap the elusive rabbit.

By years end, Gods faithful will be sick of Manna and want more diversity in their diet leading to a global war between believers and sinners.

That war will be fought on what remains of the internet.

God’s followers will flock to Facebook, and unbelievers will take their stand to Twitter where they will leave God frustrated at the inabilities of Humans to live together in peace.

That frustration will once again force God back into the dark void.

Scientists on a far away planet will sigh in disbelief.