Home » Power of the Squeak 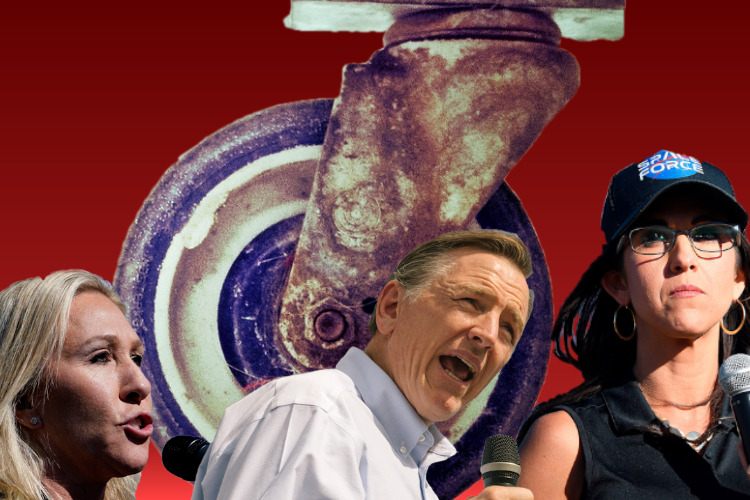 Power of the Squeak

When it comes to politics, there’s an old adage that those who whine the loudest suck up all the oxygen in a room. That’s certainly true of the Republican Trifecta, Gossar, Green and Boebert.

Before I get baked, labeled as a progressive snowflake, and skewered on a spit roast, know that I have a ton of problems with Democrats, that is, if you define a Democrat by its leadership. I’m a progressive because I believe in moving forward as a people, that the true definition of a society is how well it meets the needs of those less fortunate. I’m also a die-hard capitalist who struggles to accept that our current economic system is capitalistic.

It’s beyond my sensibilities to understand how Paul Gossar can tweet out a video where he physically threatens the President, Boebert alludes to another setting member of the house as a terrorist, and Green introduces a bill awarding Kyle Rittenhouse the congressional gold medal, along with a list of paybacks if they win the house in 2022.

And not a peep from their leadership. Indeed, it’s a strange world we’re all suffocating in.

Republicans and Democrats, not our leadership, but the people, you and I, are being strangled by people who are sucking us dry emotionally. The bullshit just doesn’t end, it just keeps drowning us while we’re flailing our arms to keep our heads above all the shit.

With people gurgling in the muck, Democrats leap for joy when a Republican is skewered for saying something outrageous, and Republican’s dance in the streets when their truth is being told.

There was a time, far way in a distant land, when a politician would say something so insanely outrageous, or hateful, that the entire political system would rise up in condemnation, holding feet to fire. Sadly, that sense of accountability no longer exists. It is true that both Green and Gossar have been stripped of their committee duties, and Boebert has apologized for her comments. Those actions happened because Democrats had the power to do so. That would not have happened if the Republicans controlled the house, and that’s disturbing.

A functioning democratic Government must have at its core accountability and compromise. We have neither. That fact alone is the reason we see such division among the American people. There is a truth that politicians have always lied, misrepresented facts, and made inflammatory remarks, then gone about their business. Yet, past behavior never delved into the insanity of Jewish space lasers, or the mocking of the handicapped, or the degradation of women much less calling for the death of the President by violence.

A vast majority of the American people seem to relish the current political divide. That vast majority is an illusion, being comprised of those who yell the loudest, their inane accusations given voice by a multitude of social platforms until they are given headlines. Unfortunately, they are well funded and well organized, and the true majority suffer while we watch a nation tear itself apart.

I often wonder if those who spout such vile insanity believe their own words, knowing full well their lies harm this Nation. If so, they do so for their own personal gain. If not, their reason for such nonsense is for political gain alone, I would again hazard a guess, that if they succeed in that political change, we will no longer live in a nation founded in democratic principles.