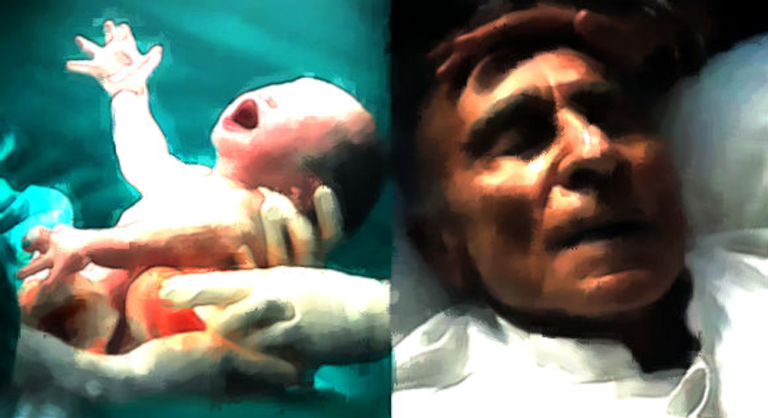 it’s all I got. It’s all anyone really has. You can try to follow in someone else’s footsteps, live by another’s words but the path you walk is your own. Yet there are so many similarities in our lives, regardless of profession, race, religion or culture that one could easily believe we all walk the same route to our deathbeds. Each life is comprised of moments of joy and sadness, success and failure, doubt and confidence that links all of us together into this thing we call humanity. We are individuals that are part of the whole.

We all contribute to the collective, like it or not. Some more than others. There are those who are heralded, those who are ignored, there are good hearts and those  possessed of evil. Our history is a mixed bag and if you were to shake that bag up and scatter it’s contents over the top of a table, one would have no choice to conclude that we are a species devoted to war, to greed, profit and to power. One would also walk away with the notion that our species has the capability of significant intelligence and nobility.

Capability? There’s an interesting concept. We’re capable of great things, perhaps even great intelligence and nobility, and since we all contribute in some way to the whole, where is that intelligence and nobility? Especially when one looks at the individual, most who want nothing more than a better life for their children then what they lived. Most people oppose war, poverty and sickness, yet that’s not reflective in the collective.

We all know the answers, and note the plural, because there’s several. You have yours and I have mine, both are valid.

If I were a believer in the power of the majority, the results of that scattered history would be reversed, in that the observer would conclude that we were a intelligent  and noble species capable of war, greed and power, meaning that we relished the best of who we are and not the worse. While I am a believer in the concept of majority rule, I am not a believer in it’s existence, even living in a democratic society.

Again, there’s nothing new there.

What we’re left with is our own personal paths as we try to navigate life. It’s an easier path for some. When it comes to making a decision to turn left or right, that decision is made mostly on experiences, what we’ve been taught, what our goals are, and how we feel, it is never made asking ‘What’s best for all involved?. The welfare of the whole does not not come into the decision for most of us.

Who would choose to lower their standard of living to raise another mans standard of living? Doing so would bring chaos into anyone’s life? A rising tide might raise all boats but it would not change who lives on a raft or those who live on a yacht. The family on the raft also risks considerable more during a storm at sea then those on a yacht.

There is a horrible, tragic disconnect here, somewhere in that our choices continue to enhance those on the yachts while those in the rafts are left to swirling currents that carry those passengers into dark and terrifying waters.

And there’s my random thought for the day…