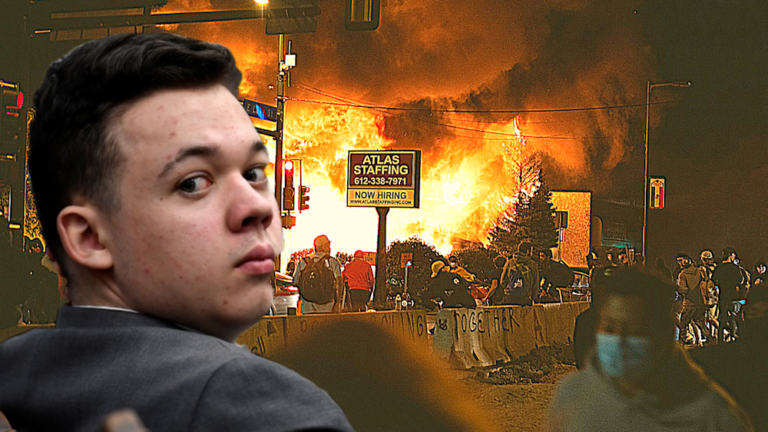 Divided along political lines, there’s joy on the right and disgust on the left with Kyle Rittenhouse’s acquittal. Personally, I think the whole incident is sad, telling, and an indictment of reality.

The Kenosha riots occurred barely 15 months ago, late August of last year, and I’m guessing not many people remember why. A young 29 year old black American, Jacob Blake, was shot in the back by a police officer. That’s the simple story. The circumstances surrounding the shooting are a bit more complex, but the end result is that no charges were filed against the officer. That decision didn’t happen until the following January.

The protests and riots occurred over four days, starting on the 23rd, the day of Jacobs Blakes shooting. The daylight hours were filled with peaceful protests and the nights with riots.

In the mix, armed militias.

What a fucking recipe for disaster. Pissed off people on both sides, some with guns. No one during these four days had any real idea of what transpired in the shooting, no investigation had happened, no conclusions to justify anyone’s actions. The left wanted answers, and the fighting right, wanted to protect the city.

Death and mayhem are what both sides got!

I’m a progressive, a leftie, and I can’t tell you if Kyle Rittenhouse is guilty of murder. Of wounding a man, and the killing of two others, yes, he is. But not of murder, why? Because nothing is black and white when the world is enveloped in chaos such as a riot involves. I do know this, he should have never been there, should never had been there with a gun. Legally, he was entitled to arm himself, as were the protestors and militia, but legalities aside, what does society think is going to happen when two opposing sides gather, armed? Yep, my expectation is that someone is going to get hurt, or worse.

Expecting a verdict of Rittenhouse’s guilt was like dreaming of a huge Powerball win. Wasn’t going to happen. That said, I have huge problems with some of the shit that occurred during the trial. Not allowing the term victims to be used, a jury that was almost all white save one person, a horrible prosecution team, and a judge that didn’t seem impartial.

Of course, those are my impressions. There are plenty of people who disagree with my thoughts on the trial, believing that Rittenhouse is the victim, that a white jury is capable of interpreting the evidence as a black jury would, and that the judge was partial.

But what is lost, is an honest attempt at truth. What we want, as a public, unfortunately, is verification of our beliefs, not truth. The only truth I see is that from the day Jacob Blake was shot to the day Kyle Rittenhouse was acquitted, is that it was a shitshow.

A shitshow encouraged by two opposing political forces. One side wanting Rittenhouse’s guilt verified, the other wanting his innocence. One side got what they want.

I still have questions, ton’s of ‘em. Like where were the measly 125 national guard troops who were deployed the day before? Why only 125? Did the police actively support the militia? Why protest before facts are known? Questions that will never be answered, and neither side wants them particularly answered.